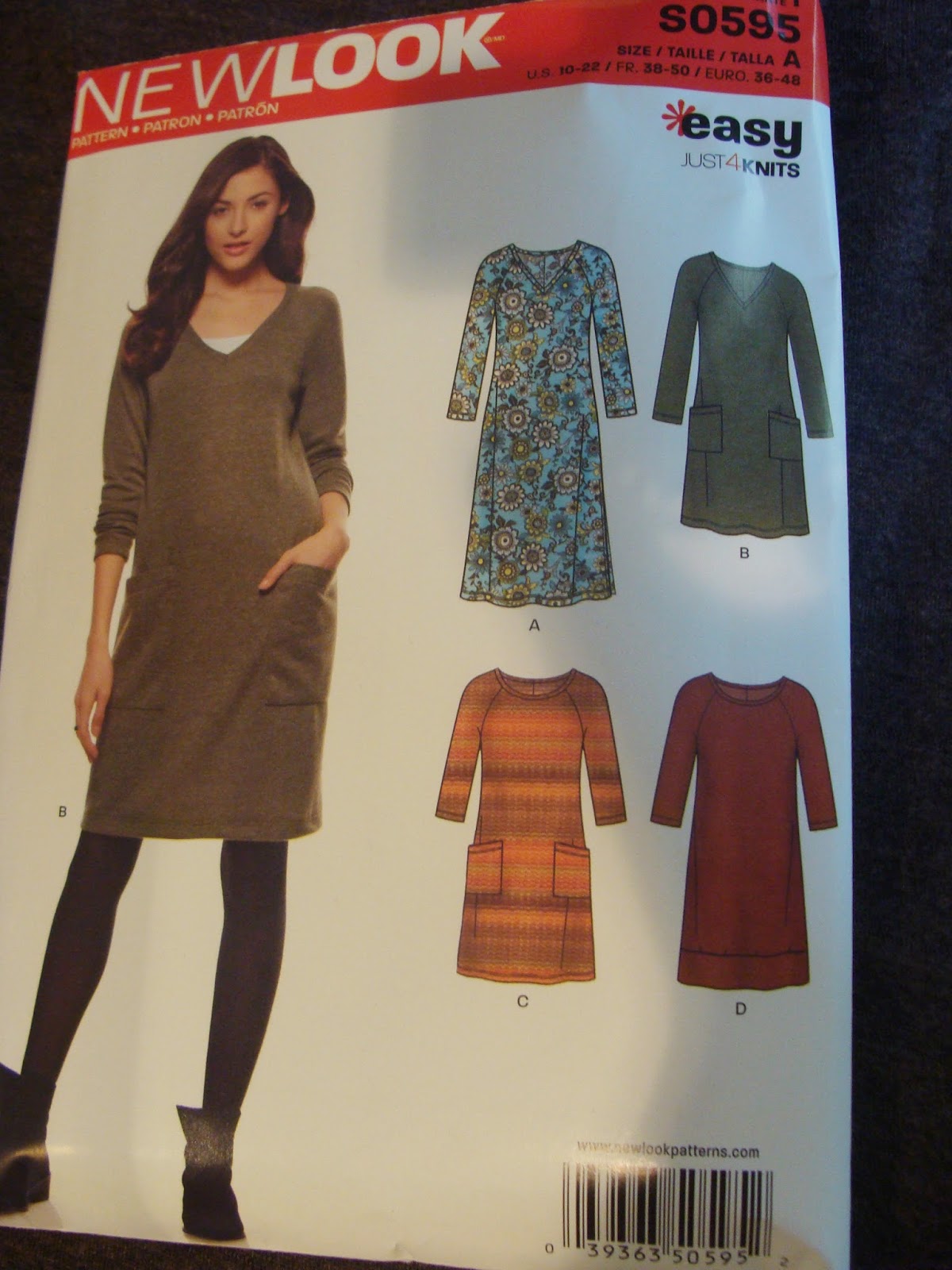 It looked cute, easy to make, and most importantly, it wasn't too fitted so that given my track record of not being able to make purchased patterns to fit, it seemed I could actually make it work. Plus, I found some really cute knit fabric. 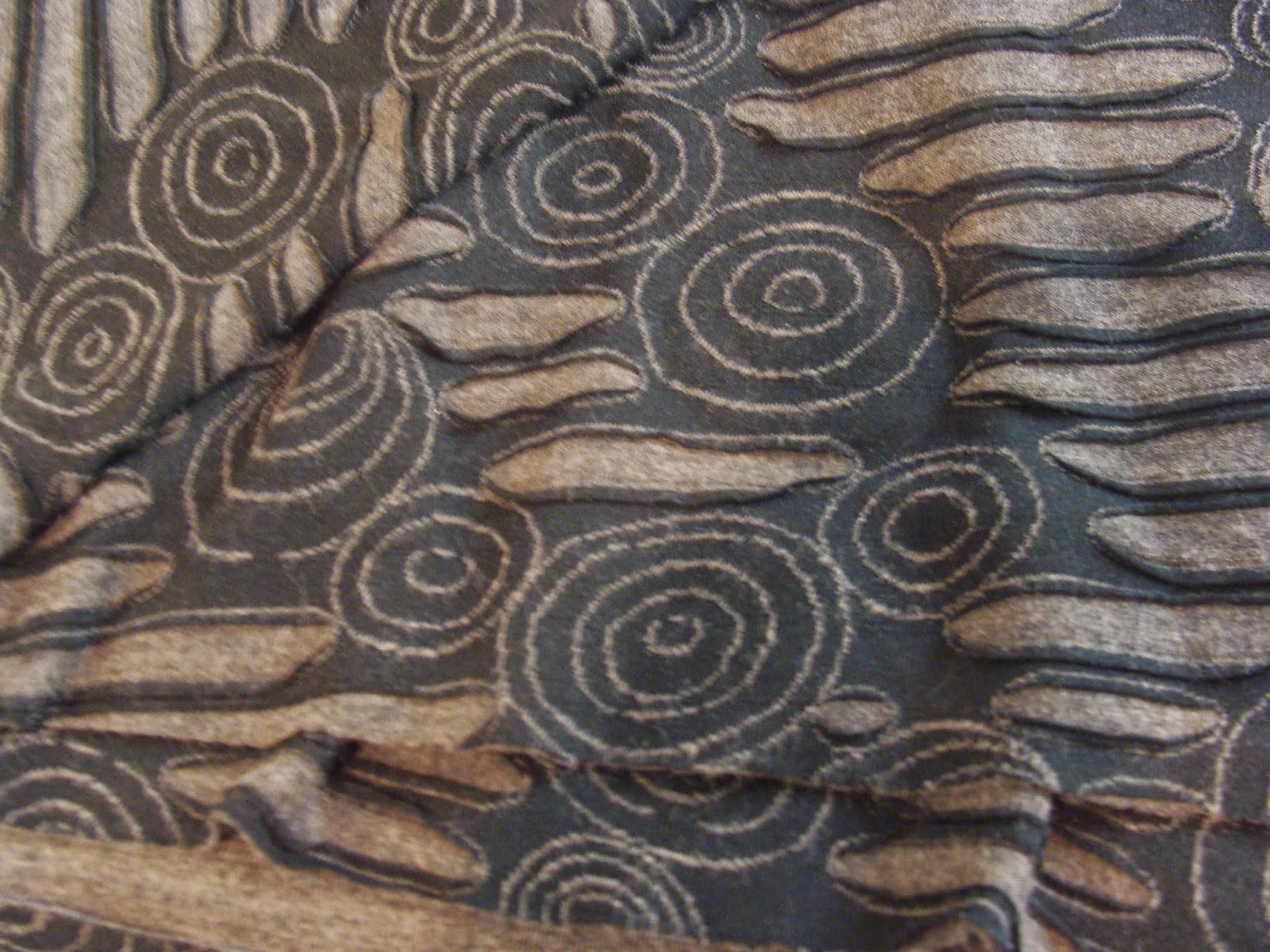 Now, I have learned my lesson about making a pattern and cutting into the good fabric without trying it out first. These experiences didn't end well. More often than not, they ended in a piece of clothing that was too small and could not be worn. I didn't want to waste the cool fabric, so decided to be smart and make a muslin. I had some leftover knit fabric from making some t-shirts for TM and D., so used that.

The dress went together very easily and within two hours of starting to sew, I had a new dress. As I held it up to me, I thought it seemed a bit big. This has never been a problem before, so told myself it would fit differently when on and went on sewing. Before I put the hem in, I decided I should try it on. As I was putting it on, I had the vague thought that the dress felt as though it was a nightgown. It was soft and very, very loose. I was really wanting the dress to work, because you can't have too many comfortable, casual dresses. I told myself that I could be kind of the soft, hip, slouchy look.

So, with that delusion firmly in my head, I take myself downstairs to show whichever daughter happens to be around. (I won't name names to protect the innocent.) I ask, "So, what do you think?"
"Oh, did you get a new nightgown?" the daughter asks in all innocence.
"I does look like a nightgown, doesn't it?" I sadly reply, knowing deep in my heart that she is absolutely right. If I were to wear the 'dress' out in public, I wouldn't look hip and trendy, I would look as though I forget to get dressed. Thank goodness for teenage daughters to save oneself from disastrous fashion errors.

Now for the good news. Even though the trial run was too big and only fit for sleepwear, the pattern on the whole is a success. I will need to trace a smaller size as there is so much ease written into it that I could pinch out a couple of inches on either side. Plus, with a different fabric... the cool one... it will lose the nightgown look.

And I have a brand-new nightgown that is pretty darn comfortable.
sewing